[/caption] Saturday night was the fourth time I've been at the Jackpot in about two weeks. It's been a non-stop parade of rock 'n' roll bands taking their stage, and this weekend's show was no exception. Rather than garage or punk, though, this was a trio of powerfully poppy rock bands, bringing power chords and hooky riffs to the folks who crowded near the stage. [caption id="attachment_4823" align="aligncenter" width="560" caption="The Dead Girls"]

[/caption] The Dead Girls headlined, playing a set of material that drew mainly from their first album, back when they were known as Dead Girls Ruin Everything. Every time I see this quartet, I get surprised. I've seen these four men play in a good half-dozen bands over the past decade and a half -- members have been in bands like Ultimate Fakebook, Podstar, the Touchdowns, Guns 'n' Roses' tribute Sweet Band O' Mine, Truck Stop Love, Stiff Middle Fingers, et al -- yet, somehow, I'm consistently astounded by the talent of these guys. [caption id="attachment_4824" align="aligncenter" width="560" caption="The Dead Girls"]

[/caption] JoJo Longbottom deserves far more praise than he's received for his guitar-playing skills, as does Nick Colby on bass. These guys are somewhat opposites in terms of how they present themselves. Just look at that picture below of Longbottom ripping on his guitar at the edge of the stage. The guy's a showman, but justifiably so -- he's got the chops to pull off Tin Lizzy guitar work pretty much perfectly, to say nothing of soloing with the Dead Girls. Colby's the opposite: he hangs back, doesn't have a microphone, and is nigh-impossible to get photos of, because he's standing behind the rest of the band. Yet, his bass playing is rock-fucking-solid, and a serious thudding groove. [caption id="attachment_4825" align="aligncenter" width="560" caption="The Dead Girls"]

[/caption] The Dead Girls' most recent release is the "She Laughed A Little" single on Rocket Heart Records. The b-side features a cut entitled "It's All happening," and has Justin Pierre of Motion City Soundtrack. Snag it in the Rocket Heart store. [caption id="attachment_4826" align="aligncenter" width="560" caption="North of Grand"]

[/caption] See North of Grand, should the opportunity arise. The Iowa group doesn't tour all that often, being as how three of the members are married with kids, and when they do, it's weekend warrior trips. However, when they make it out to Omaha, Kansas City, St. Louis, Lawrence, or one of the usual Midwestern regional spots, they're an act worth catching. [caption id="attachment_4827" align="aligncenter" width="560" caption="North of Grand"]

[/caption] North of Grand has occasionally covered the Groovie Ghoulies. That should clue you in to what you're missing when you don't see them. It's slightly punky, a little snotty, and uses riffs like they have a storeroom full of them somewhere. What kept popping into mind Saturday night was that first Cheap Trick record: guitars playing off one another, catchy lyrics, and a whole lot of attitude. [caption id="attachment_4828" align="aligncenter" width="560" caption="North of Grand"]

[/caption] They've got a new album out, called A Farewell To Rockets, out now of Brolester Records, and with about half their set consisted of tracks from it. Opener "Hey Man" and cuts like "VHS" are absolutely great, and I'd highly suggest clicking over to the Brolester store and grabbing a copy right now. [caption id="attachment_4829" align="aligncenter" width="560" caption="North of Grand"]

[/caption] Openers Shy Boys from Kansas City were an astoundingly chill kick-off to the festivities. While the other two acts dealt in riffs and chords, Collin Rausch would pulls out these wonderfully surfy runs on his hollowbody Fender. Harmonies -- which were liberally utilized throughout the evening -- got pulled out right at the start. Rausch and bassist Konnor Ervin (of the ACBs, along with drummer Kyle Rausch) crooned together marvelously. [caption id="attachment_4831" align="aligncenter" width="560" caption="Shy Boys"]

[/caption] Shy Boys play quietly lovely, slightly surf-laced shoegaze pop. It's almost akin to a male Dum Dum Girls, rocking a serious chill drone vibe. While low-key, it certainly got the evening off to a great start, and as the only band of the three whom I'd not seen, they certainly made a great first impression. I'll be seeing them again. [caption id="attachment_4832" align="aligncenter" width="560" caption="Shy Boys"]

Side Effects Of Diflucan Pills, Despite dealing with a Kickstarter fundraiser that came down to the wire and a pressing plant issue (wherein one of the machines broke down, and the part required to fix it had to be ordered) that nearly derailed plans to have copies of the record at last month's reunion shows, Rocket Heart Records made it happen.

You should go purchase the LP directly from the Rocket Heart store for $15 (if you want red, Side Effects Of Diflucan Pills ebay, you might want to hurry - they're almost sold out). The more of these that get sold, the closer we are to a vinyl release of This Will Be Laughing Week. 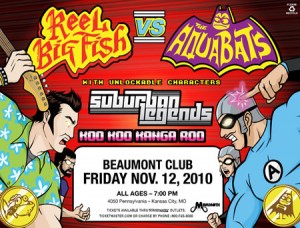 Rocket Heart Records co-founder Colby Blanton Infrared Spectra Of Tetracycline, was cool enough to speak with me via e-mail the other day. Blanton's been part of the local music scene since his days on the Lazer's Local Music Show as an intern, despite having moved to Seattle almost five years ago. Rocket Heart's already put out the Dead Girls' Out of Earshot, and recently announced a Kickstarter project to fund a vinyl release of Ultimate Fakebook's Electric Kissing Parties. Here's what he had to say:

What made you guys decide to go with an all-vinyl label. Did you take cues from anyone else (Paper + Plastick)?
The vinyl label kind of fell into our lap, but that’s a whole different story. For us, Vinyl Collective/Suburban Home Records really grabbed our attention, Infrared Spectra Of Tetracycline. They were putting out older and newer vinyl in so many color variations, it really made it fun collecting. Infrared Spectra Of Tetracycline uk, We also looked at our own music buying habits. For example, I have only bought one CD this year (The Get Up Kids' Simple Science). I also bought that same album 5 other times on different vinyl variations. Infrared Spectra Of Tetracycline, It just seemed right; there is a market for it. Plus we’d get to have bands we love on a format we love.

Any national acts you've talked with?
There have been a few: Gasoline Heart, The Ataris, Tumbledown, but nothing set in stone.

Obviously, there's something about the whole Podstar / UFB connection that got you guys going, 10mg Infrared Spectra Of Tetracycline, since the Dead Girls was your first release. What attracted you to those guys?
The Dead Girls and UFB have been great to us. They have really stepped up to let us get our bearings as a label, Infrared Spectra Of Tetracycline. We have always been a huge fan of the music scene in Lawrence/Kansas City. Taylor had become pretty good friends with The Dead Girls guys since the Podstar days. With all the recent activity with UFB, it just became logical to start with their catalog next. The timing was just right and they were super stoked to put something out on vinyl. Infrared Spectra Of Tetracycline, There is a bunch of old Lawrence/Kansas City bands that I’d like to see re-pressed on vinyl. I actually joked with Jeff Peterson the other day that I was stealing his record label after I stole his local music show on The Lazer.

How'd you go about getting the rights to Electric Kissing Parties, 150mg Infrared Spectra Of Tetracycline, since that'd been re-released on CD by ReIgnition?
Assuming -- much like the contract we have with UFB for this release -- ReIgnition had exclusive rights for a predetermined amount of time. Plus, we are releasing the Noisome version (minus ReIgnition bonus tracks) and with Noisome's cover art. As far as we know, we are in the clear to release this version of the album.

Are you guys looking to release other former Noisome stuff, then, Infrared Spectra Of Tetracycline. Ruskabank, Creature Comforts, Primetime Heroes, Bubble Boys. Maybe that unreleased Bubble Boys album. Or are there other bands you're looking towards - newer ones?
We really would like to release Laughing Week, Infrared Spectra Of Tetracycline mexico, but someone had to go sell those rights to a major label (haha). We have made some headway with Epic Records, but still nothing is 100% solid. Infrared Spectra Of Tetracycline, As for the rest of Noisome, if fans would like to see it pressed, we might try it. I wouldn't mind seeing some Creature Comforts on vinyl. I -- personally -- would really like to see The Belles' Omerta pressed. That record has been on repeat for me since it came out. The first two New Amsterdams album are high up on my list, too.

I moved to Seattle about four and half years ago and have lost track of a lot of the newer bands in Lawrence, Infrared Spectra Of Tetracycline. Thankfully, Infrared Spectra Of Tetracycline us, [label co-founder] Taylor Thompson has kept his roots in Lawrence and has kept me updated in music. However, I did pick up the Suzannah Johannes 7" when it came out. An LP with her could be fun. Right now we are a young label -- who knows whats next.

Originally released back in 1997 on Lawrence's Noisome Records, it was later repressed on CD by ReIgnition Recordings in 2003, 30mg Prozac Rectal Bleeding. This is a stellar release, 1000mg Prozac Rectal Bleeding, featuring the original (better) versions of "Downstairs (Arena Rock)" and "Far Far Away," which were re-recorded for the Sony 550 reissue of This Will Be Laughing Week. The vinyl pressing (the first time one of the band's albums has seen vinyl - the only wax release they ever did was a split with the Stereo) will also feature an unreleased bonus track, 500mg Prozac Rectal Bleeding, "Rocket Heart's On Fire."