KPR’s Bob McWilliams on 25 years of Trail Mix, ahead of Saturday’s anniversary show

KPR’s Bob McWilliams on 25 years of Trail Mix, ahead of Saturday’s anniversary show 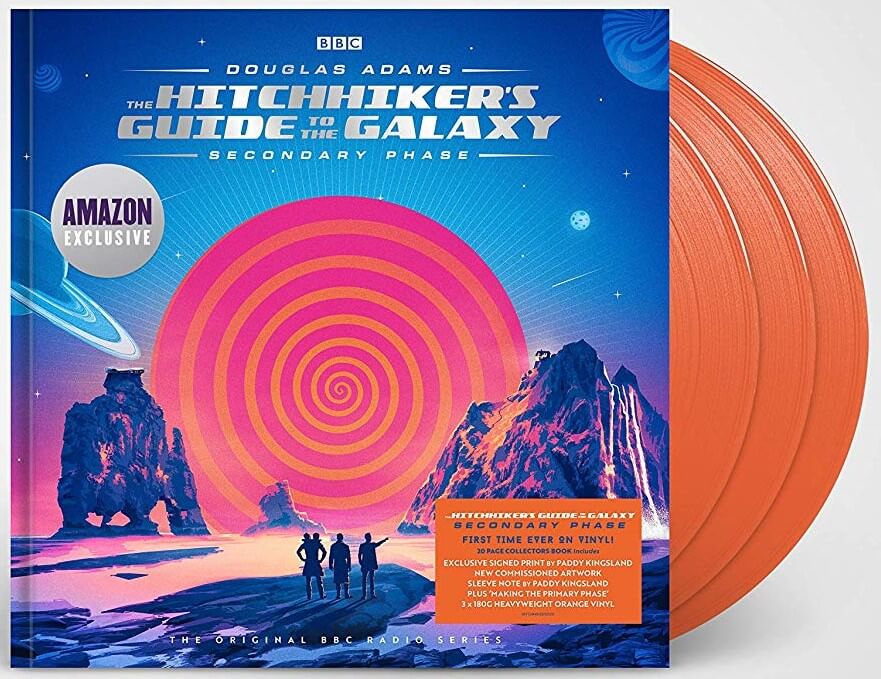 For those for whom Douglas Adams’ The Hitchhiker’s Guide to the Galaxy has been a long-term obsession, Demon Music Group’s release of the seventh through twelfth episodes of the BBC radio program on vinyl LP will come as quite a delight. Known as the Secondary Phase, these episodes have been available in some form or … Continued

In the world of community radio, funding is a must. So KKFI 90.1 does on-air pledge drives, echoing the calls put forth by nationally subsidized media PBS and NPR. Instead of mugs and tote bags and umbrellas, though, KKFI has been using live music as its fundraising premium. Which this weekend yields the station’s fifth Beatles tribute show, organized by station manager Barry Lee.

“At this point in his career, Radiolab host Jad Abumrad could rest on his laurels. In 2011, Abumrad received a MacArthur Fellowship and Radiolab — the public-radio program he co-hosts with Robert Krulwich — won Peabody Awards in 2010 and 2014.

However, Abumrad’s inquisitive mind, which is one of the defining features of his work, has led to a new project — Radiolab’s first spinoff podcast, More Perfect. The new show applies the Radiolab model to exploring the importance of the Supreme Court.”

At some point a few weeks ago, when I put up my list of favorite tracks of 2010, a friend commented on how wide-ranging it was. I made some crack about how she should see what I listen to over the course of a week. She wanted to see that list. So…I made one. It’s weird to keep track of what you listen to over seven days.

This list isn’t 100% complete. It’s pretty much a given that I’m going to listen to Morning / Weekend Edition every morning, as well as the BBC’s World Update on the mornings I work, in addition to KJHK, so I left them off. Included are special programs I make it a point to listen to, but not stuff that happens to be on the radio when driving around (Talk of the Nation, et al).

LISTEN TO IT ON KJHK 90.7FM
OR STREAM IT ONLINE

the Bomb – “Hardly Shed a Tear” (from Indecision) Once or twice a week, I’m going to try and highlight one of the links you see to your left. The first one is going to be Sunday(s) In the Park, ran by my friend and co-worker, Deron Belt. What with this blog being local – and pretty specific locally, at that, I felt it bore explanation the soonest. It’s also the most recent addition to the links there on the sidebar, and thus most fresh in my mind.

Anyhow – Sunday(s) In the Park is a kickblog©. That is, it’s a blog about kickball, specifically the Kaw Valley Kickball League. It talks about past weeks’ games, stats, going-ons, gossip, etc. Deron’s got a fun writing style, and it’s a good way for those of you in the Lawrence area to stay informed on what’s probably the hippest summer activity outside of drinking PBR on the Replay patio.

In the interest of massive cross-promotion here, Deron and Curtis McCoy (both of whom are members of the KVKL board) will be appearing on my radio program, Sunglasses After DarkKJHK 90.7FM. The show plays punk, garage, and rockabilly, but being as how a completely autonomous kickball league is pretty fucking punk rock, these guys will be on from 8-9pm that week. It promises to be a hoot.

Deron also did me the favor of purchasing a vinyl copy of one of the greatest albums ever (that being Jailbreak by Thin Lizzy) and trading it to me for my CD. That’s awesome. In honor of that, here’s both the original version of the album’s title track, as well as a cover from the most recent album by the Dropkick Murphys.

Chicago Public Radio‘s Sound Opinions is probably one of the best radio shows out there. Described as “the world’s only rock ‘n’ roll talk show,” it mixes astute observations about the current state of music with fantastic interviews and musical performances. Over the past month or two, they’ve had on Anthony Bourdain, talked about unsung heroes, and had a live performance from the Swell Season. Frickin’ awesome, right? Yeah – it’s one of those podcasts that I eagerly await each and every week. I pimp it to just about everyone I know, and now it’s your turn to hear my spiel.

Hosts Jim DeRogatis and Greg Kot are music critics for the Chicago Sun-Times and the Chicago Tribune, respectively. DeRogatis has edited two of my favorite books of rock criticism, Milk It! and Kill Your Idols, which take on the subjects of the 90s alt-rock explosion and the idea of writing negative reviews of sacred cows of the rock world like Sgt. Pepper. Seriously informative, funny, slightly off-kilter stuff.

Basically, the show comes off like an audio version of Siskel and Ebert (or Ebert and Roper and whomever the fuck that fat bastard’s got as a co-host this week), only entertaining and not annoying. They’re two of the best-informed, least-pandering hosts of all-time. They’ve got definite opinions, but they’re sound and well-reasoned (see what I did there with the play on words?), so they don’t come off as the denizens of High Fidelity‘s Championship Vinyl. Hit up their website, subscribe to the podcast, and you can thank me later.

Jim and Greg on Conan

Tune in and listen up THIS FRIDAY NIGHT as a few of your favorite KC Roller Warrior derby ladies hit the airwaves to make a guest apperance on SUNGLASSES AFTER DARK from 10-11PM on 90.7 FM KJHK.

The KC Roller Warriors are the 2007 Flat-Track Roller Derby Champions, and start their season on February 16 at the Winnwood Skate Center against the Denver Roller Dolls with the Bloody Valentine bout. We’ll also have two pairs of tickets to give away for the season opener!

Out of the listening area? Only own an iPod? No problem! You can tune in LIVE and streaming right from the comforts of your own home!! Just go the the KJHK website and listen in from your computer!! It’s just a click away! So don’t forget – this Friday, February 8th, Sunglasses After Dark from 10-11PM.

In honor of the KCRW derby girls, here’s a selection of awesome female-fronted rock ‘n’ roll…